MLSSN 2022 is a summer school providing a didactic introduction to a range of modern topics in Machine Learning, Computer Vision and Computational Neuroscience, primarily intended for research-oriented graduate students. The school features a line-up of internationally recognised researchers who will talk with enthusiasm about their subjects. Our goal is to provide a unique opportunity to learn from and connect with the leading experts in the scenic setting of the historical city of Krakow.

Get notified as soon as we launch!

Rianne van den Berg is a Senior Researcher at Microsoft Research Amsterdam, where she works on the intersection of deep learning and computational chemistry and physics for molecular simulation. Her research has spanned a range of topics like generative modeling, variational inference, source compression, graph-structured learning and condensed matter physics. Before joining MSR she was a Research Scientist at Google Brain. She received her PhD in theoretical condensed-matter physics in 2016 at the University of Amsterdam, where she also worked as a postdoctoral researcher as part of the Amsterdam Machine Learning Lab (AMLAB). In 2019 she won the Faculty of Science Lecturer of the Year award at the University of Amsterdam for teaching a machine learning course in the master of AI.

Rafal Bogacz graduated in computer science at Wroclaw University of Technology in Poland. Then he did a PhD in computational neuroscience at the University of Bristol, and next he worked as a postdoctoral researcher at Princeton University, USA, jointly in the Departments of Applied Mathematics and Psychology. In 2004 he came back to Bristol where he worked as a Lecturer and then a Reader. He moved to the University of Oxford in 2013. His research is in the area of computational neuroscience, which seeks to develop mathematical models describing computations in the brain giving raise to our mental abilities. He is particularly interested in modelling the brain networks involved in action selection and decision making, and understanding how brain dynamics change in Parkinson's disease. 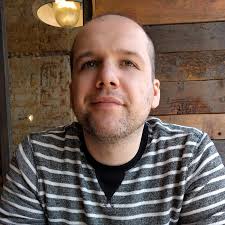 Razvan Pascanu is currently a research scientist at DeepMind. He obtained a Ph.D. from the University of Montreal under the supervision of Yoshua Bengio in 2014. His research spans various topics centered around deep learning and deep reinforcement learning, including optimization, theory of deep networks, recurrent models, graph neural networks, meta-learning and continual learning, topics to which he has been an active contributor through various well-regarded publications. He has also been involved in organization of a few workshops as well as the Eastern European Machine Learning Summer School.

Joao Sacramento is a principal investigator at the Institute of Neuroinformatics and a guest researcher at Angelika Steger's group in the Computer Science Department of ETH Zürich. His research interests lie at the intersection of neuroscience and machine learning. He tries to understand the principles that enable humans to learn so efficiently, when compared to artificial neural networks. His goal is to develop better neuroscience-inspired machine learning algorithms, and in turn to use insights gained from designing these to understand learning in the brain.

Friedemann Zenke studied physics at the University of Bonn, Germany, and the Australian National University in Canberra, Australia. He then shifted to computational neuroscience for his Ph.D. with Wulfram Gerstner at the Ecole Polytechnique Fédérale de Lausanne (EPFL), Switzerland. Subsequently, Friedemann joined Surya Ganguli’s group at Stanford as a post-doc to study the role of complex synaptic dynamics as a remedy for catastrophic memory interference in deep neural networks. Later he moved to the University of Oxford as a Sir Henry Wellcome fellow to work in Tim Vogels’ group. During this time, he further developed functionally inspired learning rules for spiking neural networks. In 2019 Friedemann started his research group at the Friedrich Miescher Institute for Biomedical Research (FMI) in Basel, Switzerland. His group continues to tackle theoretical questions related to learning and memory in biologically inspired neural networks.

Dr Agnieszka Grabska-Barwińska is a Senior Research Scientist at Google DeepMind. She holds a Ph.D. in Computational Neuroscience (IGSN, Ruhr University Bochum). She continued her academic career in Dirk Jancke's Optical Imaging Lab (RUB) and with Peter Latham at the Gatsby Computational Neuroscience Unit (University College London). Her position at DeepMind allows her to continue studying intelligence, although her subjects are no longer embodied.

Dr Andrew Saxe is an Associate Professor/Joint Group Leader at the Gatsby Computational Neuroscience Unit and Sainsbury Wellcome Centre at UCL, and Visiting Scientist at Meta AI. He is a Henry Dale Fellow and a CIFAR Azrieli Global Scholar in the Learning in Machines & Brains programme. His research focuses on the theory of deep learning and its applications to phenomena in neuroscience and psychology.

Dr. Joao Henriques is a Research Fellow of the Royal Academy of Engineering, working at the Visual Geometry Group (VGG) at the University of Oxford. His research focuses on computer vision and deep learning, with the goal of making machines more perceptive, intelligent and capable of helping people. He created the KCF and SiameseFC visual object trackers, which won the highly competitive VOT Challenge twice, and are widely deployed in consumer hardware, from Facebook apps to commercial drones. His research spans many topics: robot mapping and navigation, including reinforcement learning and 3D geometry; multi-agent cooperation and "friendly" AI; as well as various forms of learning, from self-supervised, causal, and meta-learning, including optimisation theory.

Andrea Tagliasacchi is a staff research scientist at Google Brain and an adjunct faculty in the computer science department at the University of Toronto. In August 2022, he’s joining the computer science department at Simon Fraser University (SFU) as an Associate Professor and Visual Computing Research Chair.His research focuses on 3D perception, which lies at the intersection of computer vision, computer graphics and machine learning. In 2018, he was invited to join Google Daydream as a visiting faculty and eventually joined Google full time in 2019. Before joining Google, he was an assistant professor at the University of Victoria (2015-2017), where he held the Industrial Research Chair in 3D Sensing. His alma mater include EPFL (postdoc) SFU (PhD, NSERC Alexander Graham Bell fellow) and Politecnico di Milano (MSc, gold medalist). His research has won several awards including the CVPR 2021 best student paper award and the SGP 2015 best paper award.

Vincent Lepetit is a director of research at ENPC ParisTech since 2019. Prior to being at ENPC, he was a full professor at the Institute for Computer Graphics and Vision, Graz University of Technology, Austria, and before that, a senior researcher at the Computer Vision Laboratory (CVLab) of EPFL, Switzerland. His research interests are at the interface between Machine Learning and 3D Computer Vision, and he currently focuses on 3D scene understanding from images. He often serves as an area chair for the major computer vision conferences (CVPR, ICCV, ECCV) and is an associate editor for PAMI, IJCV, and CVIU. He received the Koenderick 'test of time' award at ECCV 2020 for his work on binary descriptors.

Ewa Szczurek is an assistant professor at the Faculty of Mathematics, Informatics and Mechanics at the University of Warsaw. She holds two Master degrees in computer science, one from the Uppsala University, Sweden and one from the University of Warsaw, Poland. She finished PhD studies at the Max Planck Institute for Molecular Genetics in Berlin, Germany and conducted postdoctoral research at ETH Zurich, Switzerland. She now leads a research group focusing on machine learning, with applications in computational oncology and medicine. Her group works mainly with probabilistic graphical models and deep learning, with a recent focus on variational autoencoders. Her research applications include oncology, antimicrobial peptide generation, and covid-19.

Jan Chorowski is the CTO at NavAlgo where he works on developing scalable methods for IoT data processing. He received his M.Sc. degree in electrical engineering from the Wrocław University of Technology, Poland, EE PhD from the University of Louisville, Kentucky in 2012 and habilitation from University of Wroclaw. He has worked with several research teams, including Google Brain, Microsoft Research, Yoshua Bengio’s Lab at the University of Montreal and University of Wroclaw. He has led a research topic during the JSALT 2019 workshop. His research interests include problems which are intuitive and easy for humans and difficult for machines, and building efficient models for unsupervised data understanding.

Wroclaw University of Science and Technology

Maciej Zięba is a research scientist at Tooploox and an Associate Professor at Wroclaw University of Science and Technology, where he received a Ph.D. degree in computer science and a master's degree in economics. He also obtained a master's degree in computer science at Blekinge Institute of Technology in Sweden. In 2017, he was a visiting scholar at the University of Wollongong (Australia). His research is directed towards deep learning, especially generative models and representation learning. He was the co-author of a variable number of research papers published in influential journals and presented at the top ML conferences, including NeurIPS, AAAI, ICML, and ICLR.

The project, whose goal is to internationalize the Jagiellonian University of Cracow in the fields of machine learning and neurobiology through the implementation of a series of summer schools, is carried out under the SPINAKER program financed by the National Agency for Academic Exchange (NAWA).